Have a break. Have a religion

Made the after reading this completely insane thinking and behavior. So whenever you don't like what reality throws at you take some time out for a psychotic break. 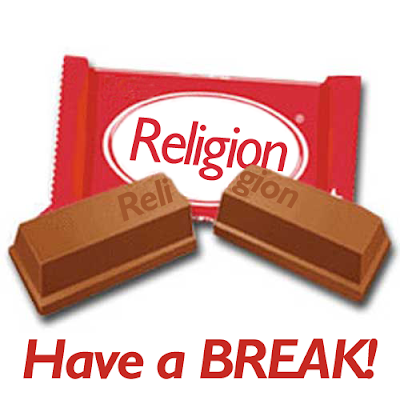 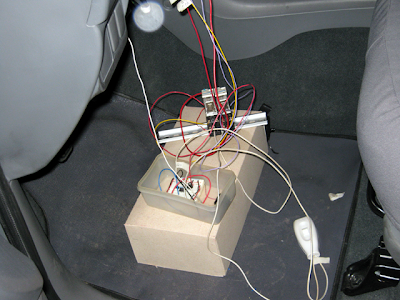 Close-up from the same image: 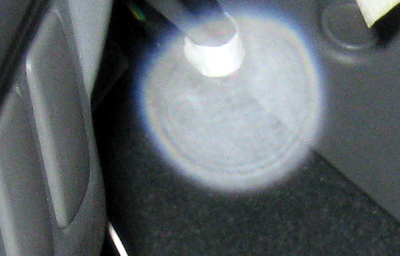 OMG! My car's possezzed! An automobilic ectoplasmic globule has come out of the woodwork (or metalwork). This must be punishment for hacking into the electrical system. I must appease the god Toyotus. Perhaps feeding it ultra high octane gas, giving it a much needed oil change, and pampering it with a whole body wash might do it.

Hmmm my very first orb manifested in the car as well: http://www.skepdic.com/orbs.html

It was and has been raining lightly all morning and I was at the entrance to the garage so there's a good chance this is a tiny droplet floating by.

In the series of pics I took there were no other orbs so this speck is almost certainly not on the lens itself. Which makes sense since the orb is very bright--implying it was illuminated by the camera's flash

For the curious that's my test circuit for a variable intermittent wiper control I'm working on. There's a breadboarded microcontroller circuit in the transparent plastic box and two relays mounted on a DIN rail at the back of the box. Wires go up to the car's wiper circuit underneath the steering column. I've been studying the wiper's circuitry for several days now but I snipped the wiper's wires just today to bypass the car's electronics and hook up my circuit to it. Love the coincidence.

Finally, as alwayz the Bible has something to say: Beholdest thou the mote that is in thy camera's eye (Matt.7:3)
Posted by Edwardson at 12:40 PM No comments: