Fish that sports "Allah" and "Muhammad," in Arabic of course. 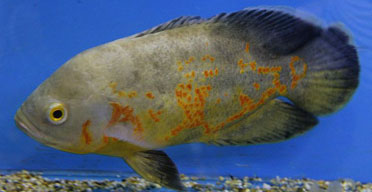 Reminds me of advertizing blimps.

I understand not a syllable of Arabic so I have no idea how closely those seemingly random markings resemble "Allah". That "Muhammad" only "appeared to be inscribed" on one side of the fish probably means that once they saw "Allah" people began looking for more epiphanies/theophanies/heirophanies/Islamophanies.

Funny, I see an infra-red scan of Bartz from Final Fantasy V currently in the "Archer" job. Obviously, the fish was genetically engineered to produce that image by Square-Enix.