I wouldn't have believed it had it not been pointed out by a Christian in all seriousness. Looks like Mr. Incompetent Designer not only designs earthquakes, tsunamis, cancer and hereditary diseases, he's into coiffure as well. According to the bible thumper his master wants females to sport long hair (must be in the in-thing--eternally that is--up there), while he demands males to have theirs trimmed short.

Spelling it out, the toadie said it's a sin to trangress these hair laws. Ok, ladies. You heard your Lord and Master. Bob cut is definitely out. And you can bet your curly locks Sinead O'Connor's already been booked on the train to the infernal concentration camp.

Hey, wait a minute. How about this dude?! 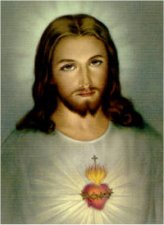 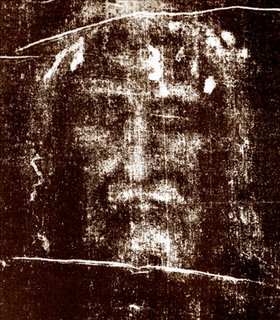 Uh oh. Supposedly spotless, the Son in fact isn't immaculate at all! And I thought teaching by example is the best way of educating humans. All well, hypocrisy does run in his family. Try emulating his dad's killing spree and see where that lands you.

(Since he's already sporting a woman's hairdo why not go all the way and have the Second Person of the Trinity in drag?).
Posted by Edwardson at 11:50 PM

You (and the nut) have made my day.