Imagine you were out at sea and this was your sail

Kind of late in posting the pics below. Lazy me. Not that they're at all relevant to what this blog is about.

Typhoon Milenyo (tropical storm Xangsane) ripped through the metro last September 28. It could very well have been Kali the Destroyer. It was here and gone in less than six hours but what devastation it wrought. It uprooted great old trees, downed electric lines, and--most talked about since that time--knocked down a good number of billboard towers. Which brings us to the pictures below.

I noticed through the second floor window the following tarpaulin billboard being torn to shreds. Ran to get my camera and recorded its tortuous demise. There were actually two tarps on the steel tower. The one facing right had already been completely ripped and blown away by the time I started shooting. What you see below is the tarp facing left.

Just to preempt any confusion, the trees and electric pole and electric wires on it are in the foreground around 30 meters away while the billboard tower was some 100-150 meters from where I was. The dark specks in some images are leaves and debris surfing in the wind.

Camera was handheld so images aren't that crisp (you'd think I had Parkinson's). Contrast is pretty low and images are kind of hazy not only because of the rain but also because I was shooting through the window. Didn't dare open it for fear of having the rain ruin the cam.

How long do you think it took for the wind god to strip the tower? The first frame was taken at 12:24pm; the last at 12:33pm. Shredding time: under 10 minutes.

Click on the pics to see the larger versions. Be forewarned. Each image is half a megabyte in size. 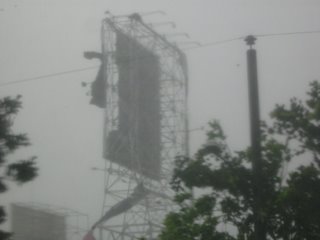 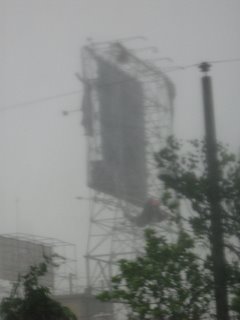 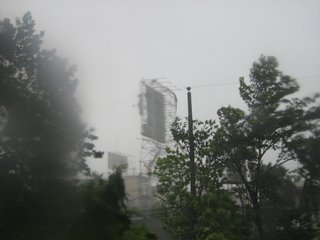 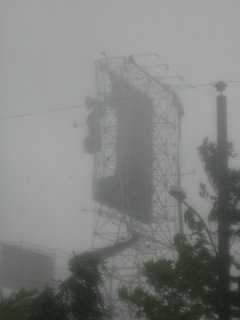 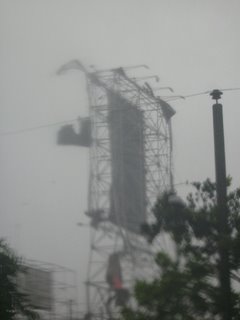 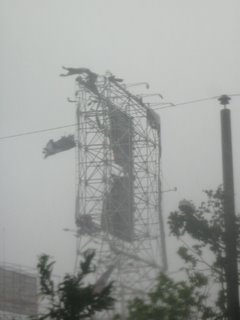 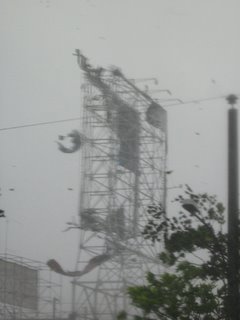 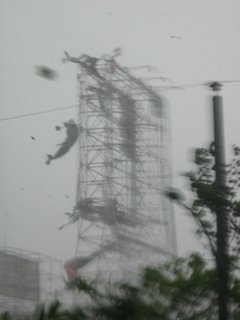 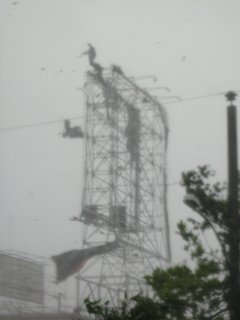 And the structure as it was this afternoon: 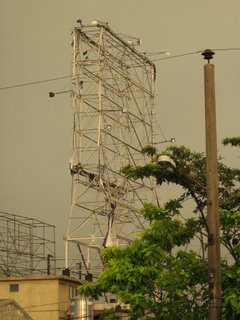 Posted by Edwardson at 4:37 PM